In 2012, artists and pioneers in the ecological art movement, Helen and Newton Harrison founded the Center for the Study of the Force Majeure: a freestanding research centre at the University of California. The Centre brings together artists, scientists, engineers and visionaries to design ecosystem adaptation works in regions that are nearing a critical tipping point due to climate change. Rooted in pragmatic realism, the Centre accepts that planetary warming cannot be reversed, and acts instead to mediate problems such as ocean rise, increasing heat, and animal and vegetable extinctions.

On the Deep Wealth of Small Nations investigates how a country with a small population might be able to give more to the planet than it consumes, taking into account five major resources—forests, water, air, topsoil and common thinking. The first iteration of this work provides a full strategy for Scotland, a country which currently has a carbon footprint three times the size of its physical mass.

The Centre asserts that in Scotland it rains 113 cubic kilometres of water per year, yet 80 cubic kilometres remain unused. This water could be used to sustain agriculture and protect the British food supply, and improve biodiversity and therefore air quality, if directed to drought-ridden farming areas, lakes and wetlands. With one cubic meter of water worth three Euros, the Centre estimate that this system would restore approximately 120 billion Euro to Scotland’s national budget—who could even trade their surplus water. In this way, Scotland could become the first entirely self-sufficient nation which generates its wealth through stimulating ecological overproduction.

This work is accompanied by a site specific of Making Earth, 1970, the Harrisons’ first clearly eco-political work. Recognising that topsoil was endangered world-wide, the Harrisons created earth from sand, clay, sewage, leaves, paper, and animal manure. These elements were gathered, watered and mixed repeatedly over a 4-month period until they became a rich, biodiverse earth.

Newton Harrison, born 1932 in the USA, lives and works in Santa Cruz.

The Deep Wealth of this Nation, Scotland is a collaboration between the Center for the Study of the Force Majeure (CFM) Arts Division, University of California, Santa Cruz and The Barn in Aberdeenshire, Scotland in collaboration with the James Hutton Institute, Aberdeen and SEFARI (Scottish Environment, Food and Agriculture Research Institute). The Barn is a rural arts centre with a long-term interest in art & ecology funded by Creative Scotland www.thebarnarts.co.uk or https://www.thebarnarts.co.uk/artist/newton-harrison 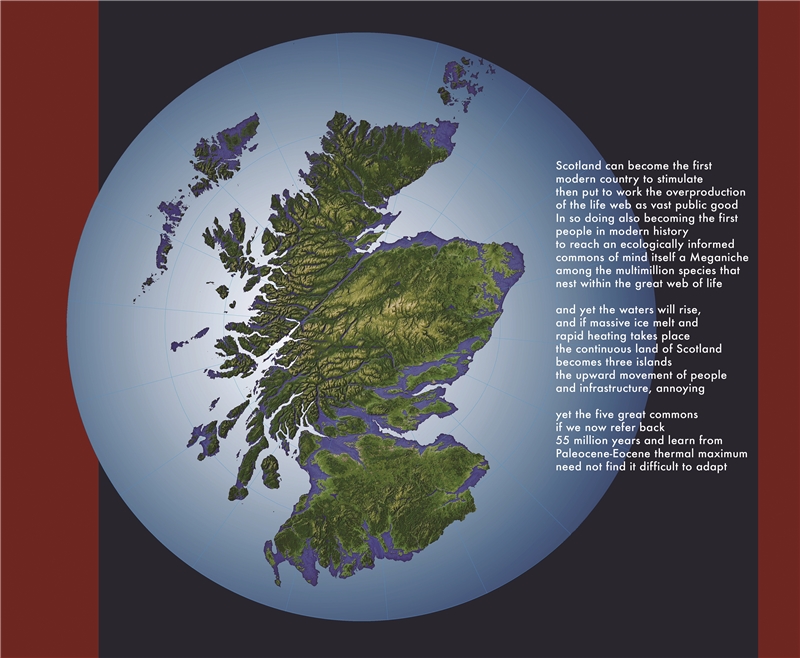 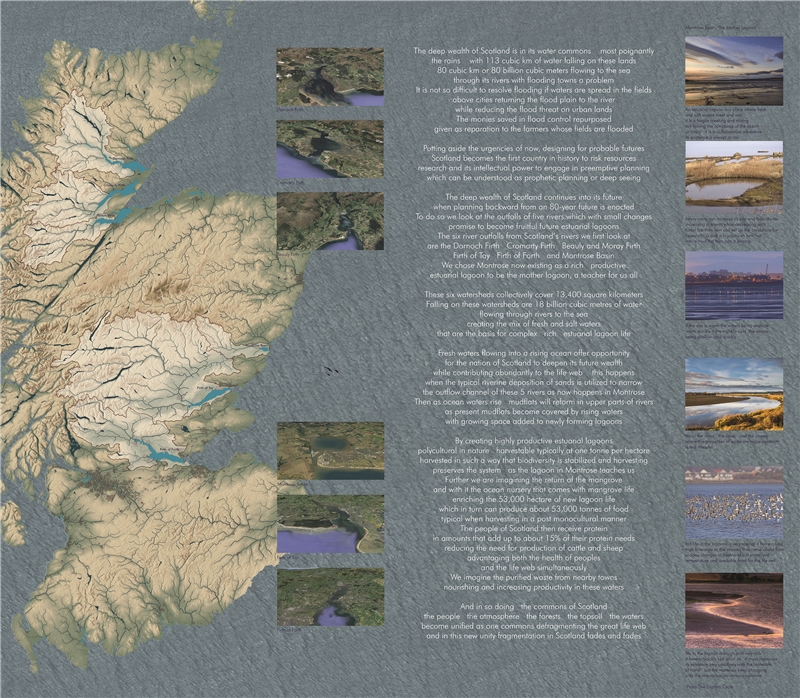 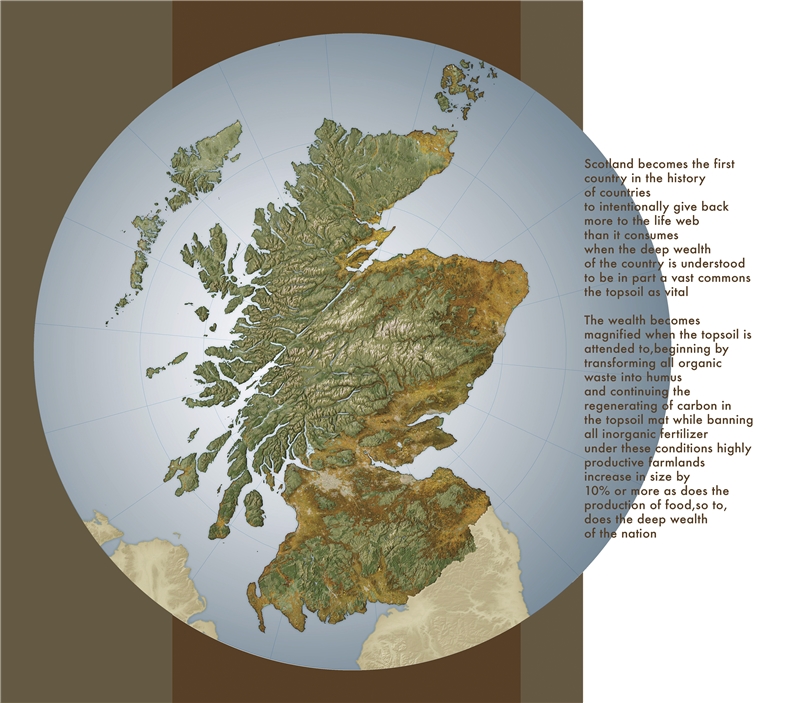 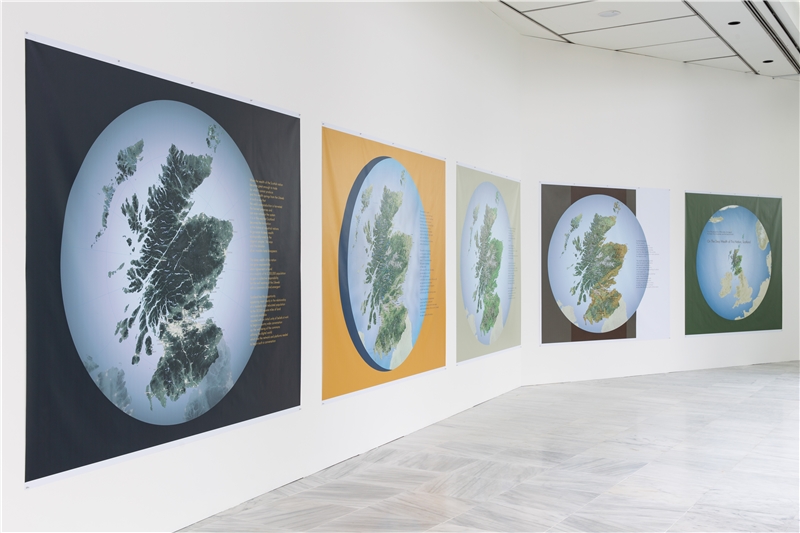 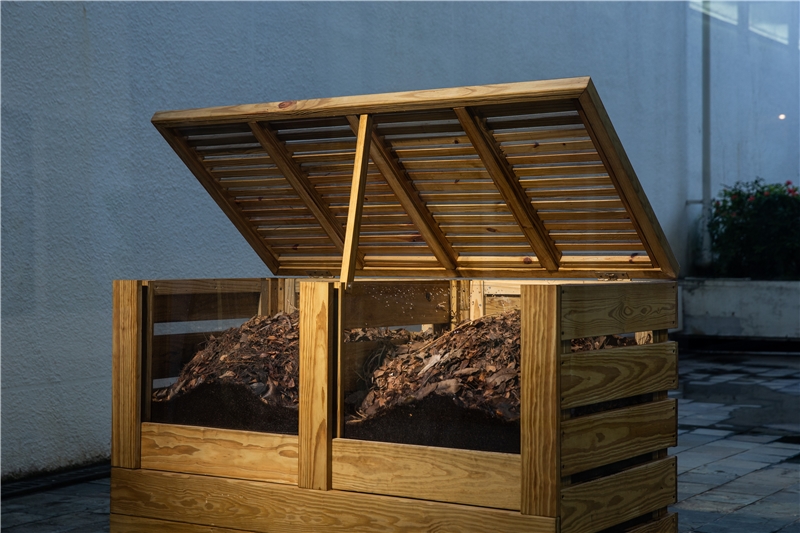 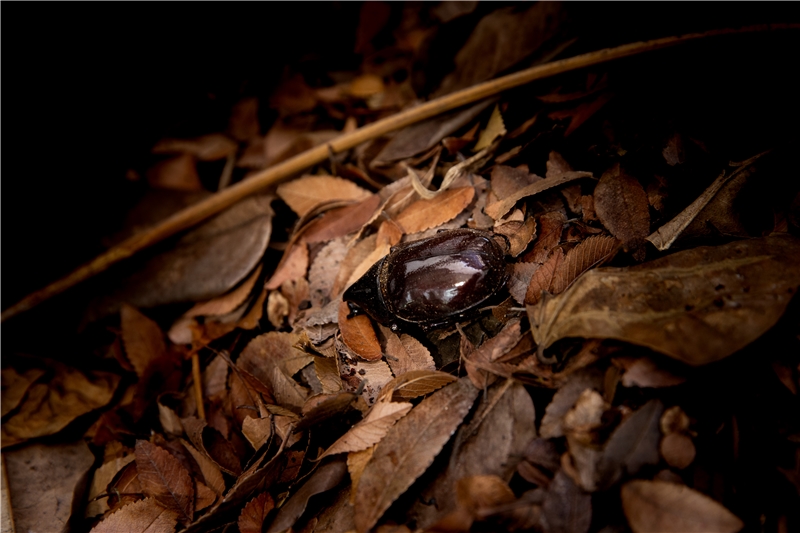