The work of Tue Greenfort investigates the environmental peculiarities of specific sites in order to draw attention to wider ecological problematics, and the networks of relations that exist between humans, nature, culture, science and industry.

At Taipei Fine Art Museum Greenfort draws his attention to the building’s triple-height, glass atrium, and in particular the bodily sensation of moving from cold, air-conditioned gallery spaces into the pleasant humidity of this inner ‘outside’ space. In the urban locale of Taipei, the atrium functions as a sculpture garden, housing an array of plants and providing sunlight, space and a natural-seeming environment for the TFAM’s employees to eat, rest, socialise and take exercise at work.

A series of large concrete planters play an essential role in the ecosystem of the atrium as, Greenfort discovered, they have become home to the Light-vented Bulbul—an endemic Taiwanese bird, often kept in captivity as a songbird. Greenfort’s new film, developed during time spent at the TFAM, captures the Bulbuls as they tend to their nests and nurse their chicks, and the social engagement between people that has been catalysed by this animal infiltration, as workers are brought together by a common interest in the bird’s activity. With the Bulbul’s twitters accompanied by the sounds of planes soaring over the building, in this eight minute video the atrium is positioned as a microcosm for the relationships between humans, animals, and the omnipresence of technology.

Greenfort further engages with the botanic culture of Taiwan through an investigation of its fungi, emerging from his recent collaboration with rural Taiwanese mushroom growers from Mita Eco Fungi. In the atrium, three gigantic columns, designed to follow the form of ancient fungal fossils, grow local oyster mushrooms. These living sculptures are connected through a mist of water needed to hydrate the fungi, and enable their fruiting bodies to flourish. This misting assemblage therefore generates an edible mushroom for workers, and additionally enriches the greenery of the atrium, and the burgeoning insect and animal life within.

Tue Greenfort, born 1973 in Denmark, lives and works in Berlin. 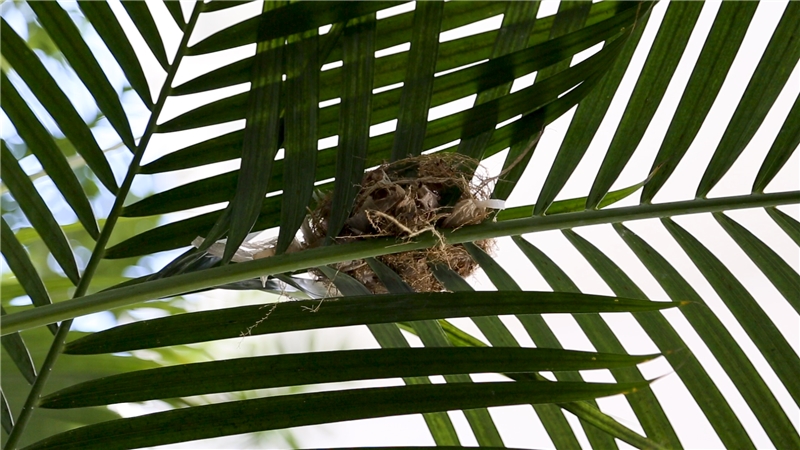 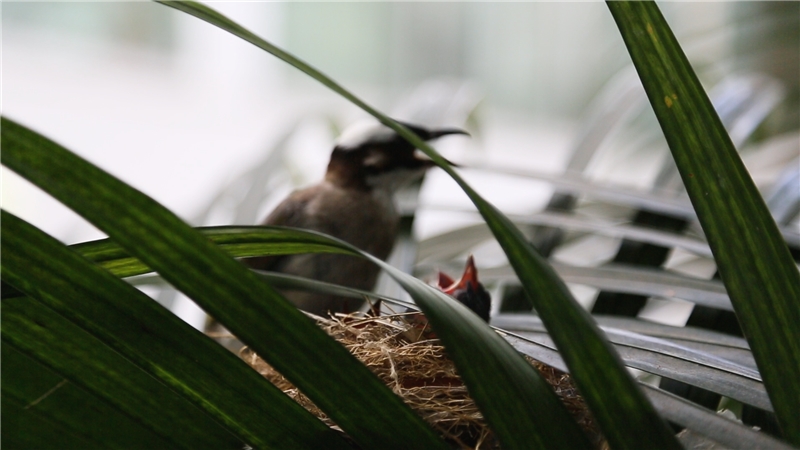 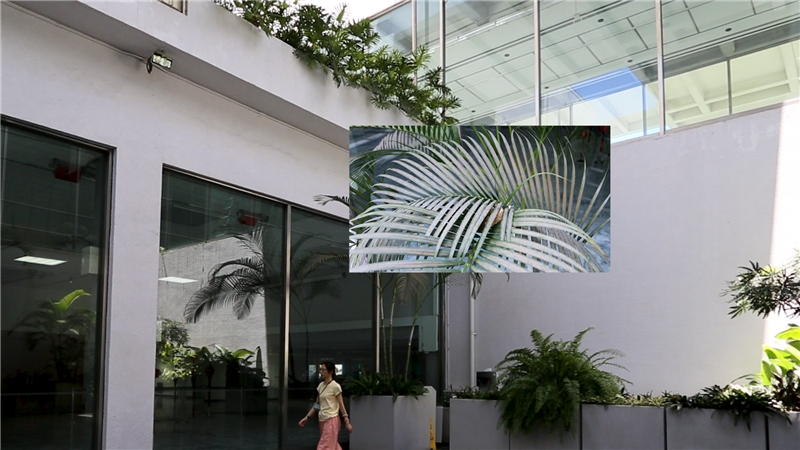 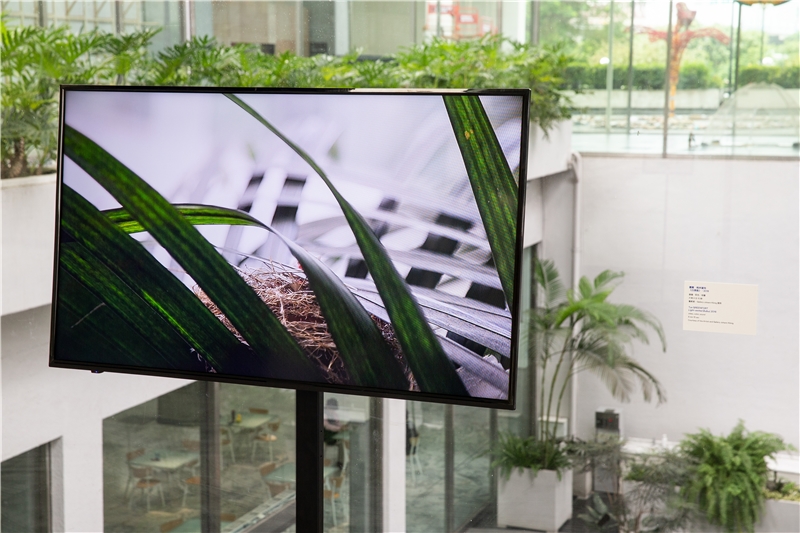 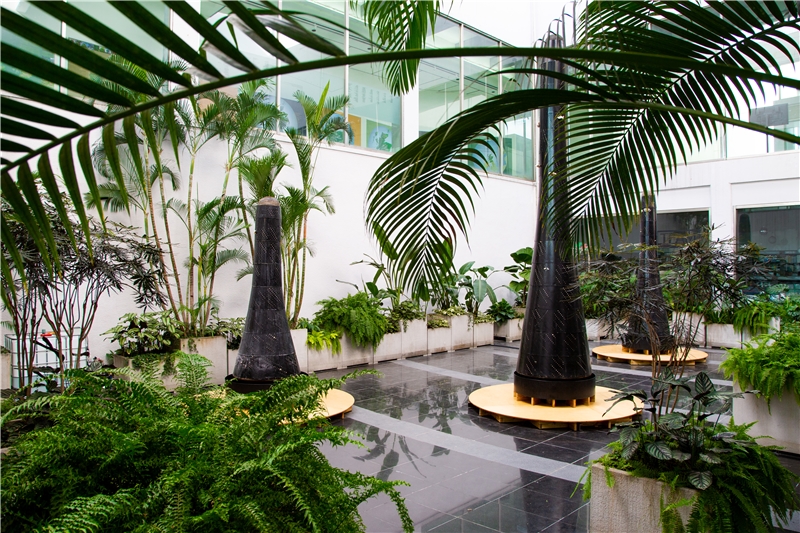 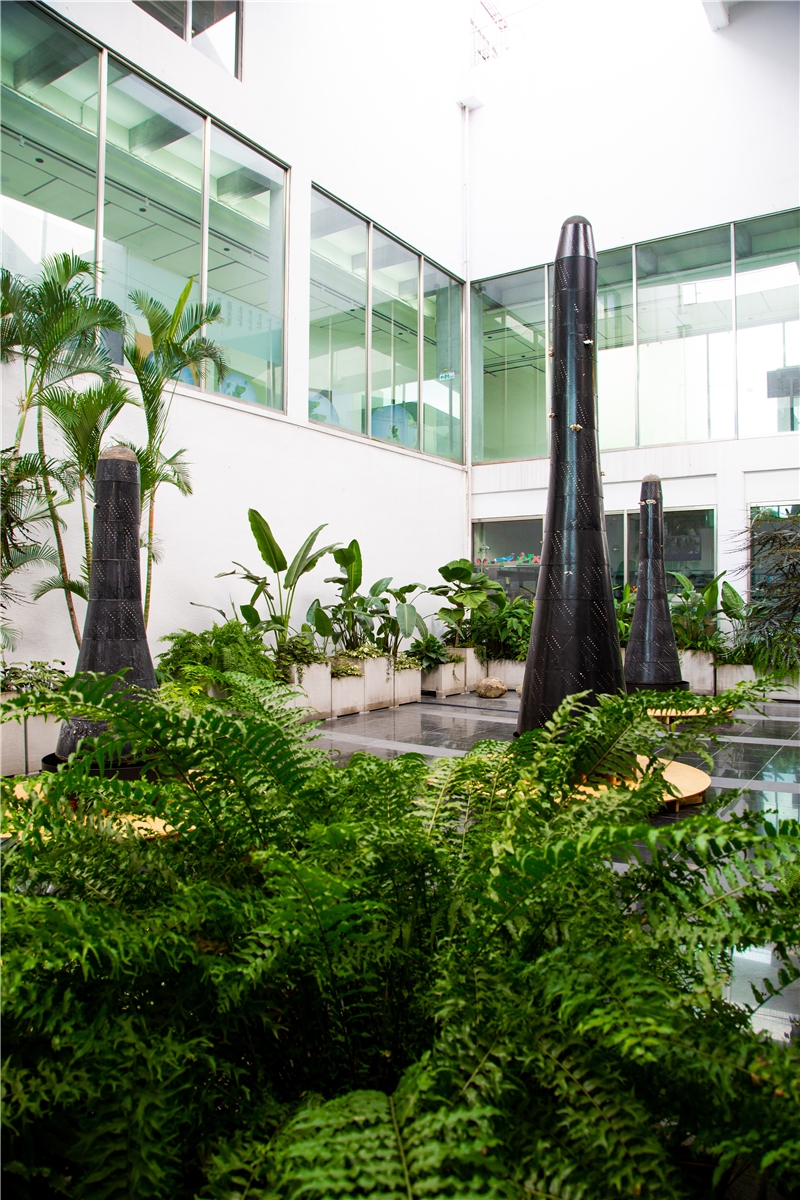 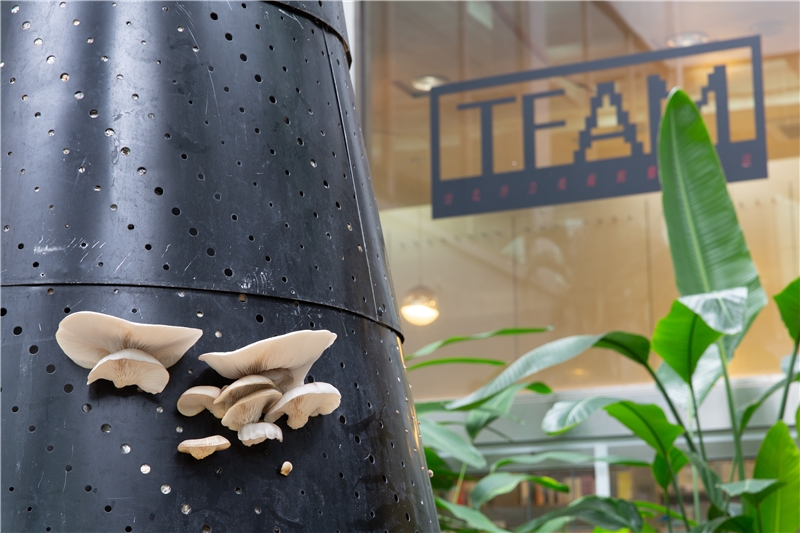 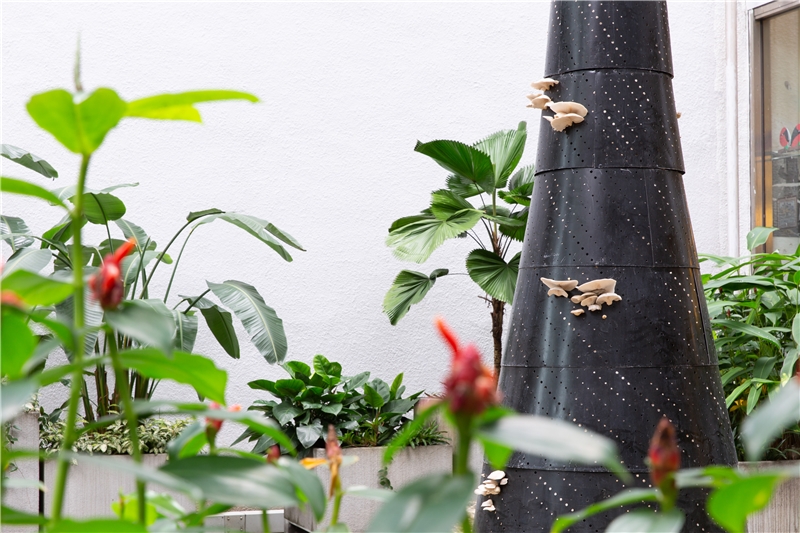